This post is not unique to adoption, but I came face-to-face with the reality I’m about to share in a huge way during our efforts to bring Ruth home. This is going to be awful, at first. But please don’t bail out on me- read until the end, it will be worth it!

I’ve never felt uglier than during Ruth’s adoption. Most people won’t understand that. I’ve heard it all, the exclamations of sainthood, “You are doing such a wonderful thing!” and, “There is a special place in Heaven for people like you!” or the even more common, “This is going to be another jewel in your crown someday.” I understand, and even appreciate, the sentiment behind these statements. On the surface, adopting Ruth does seem like a very nice thing. She was abandoned but now has a forever family, and all because we chose to do that for her. But, as always, there’s more to it than meets the eye.

First of all, by choosing Ruth, we denied a lot of other kids. Obviously Shane and I can’t adopt all the orphans in the world. But still, it’s one fact that escapes most even though it’s quite in-your-face when you really think about it. Saying yes to the sweet, precious orphaned Ruth means saying no to millions of other sweet, precious faced kids in need.

“Yeah, okay, Beth,” you say, “isn’t that splitting hairs, though? You shouldn’t feel that ugly just because you weren’t able to help more orphans.” Could be, you’re right. But I’m just getting warmed up. There were entire days, while waiting in Nigeria, that I didn’t want Ruth. Yeah, let that sink in. The daughter I had been anticipating holding for an entire year, I didn’t even want to look at her. It was hard- so, so hard. And I wanted to quit. I wanted to send her back to the orphanage that she very obviously preferred to me. I wanted to go home to the simple life I knew with just my husband and son. Even now, some days, I still struggle to love her. Why? It’s not her fault she was abandoned. It’s not her fault that she spent 16 months in an orphanage attaching to the people who cared for her. Her rejection of me was normal. Expected, even! I knew it was coming, her intense desire for anyone other than the new people. It wasn’t her fault we had to be in country for 9 weeks. It certainly wasn’t her fault that 5 of those weeks were just me, alone without my husband, my rock in any difficult situation. It’s not her fault that she has baggage she just doesn’t know how to deal with and then acts out. And if I know that none of this is her fault, why am I struggling so much to love her? Why doesn’t it come naturally? How can I even be a good mother to her? How can I not love an innocent orphaned girl depending on me for literally everything?

And that, right there, is when I truly saw my ugly, sinful heart for the first time.

There are many, many other things that make me ugly. This is certainly not the only issue- but it was the catapulting of my journey to see my human my heart for what it is: ugly. I have been a Christian for a long time. I was raised in a devoutly Christian home. Went to church the definition of consistently. I, for the most part, made good decisions. I was a generally kind person. I was often mindful of others, even occasionally did something that could be described as selfless. I was lulled into a false sense of “goodness.”

People on the internet, the only thing that is good in me is JESUS.

He intervenes. He guides. He heals. And He has covered it all in the blood of Jesus.

The moment that I truly saw my heart for what it is, my face literally contorted. It was so disgusting to finally know what my heart was like that it elicited a physical response. And in that moment, I wanted to beg God’s forgiveness for my sinful soul. I wanted to beg. But a deeper knowledge of Scripture stopped me and as quickly as the guilt and shame from seeing my true self appeared, an overwhelming peace settled in. I don’t have to beg God for forgiveness. He has already forgiven me. Thousands of years ago, Jesus hung from a cross, and in that life-changing event, he washed my heart clean of all my ugliness.

There is no begging for forgiveness every time I’m painfully aware of my ugly. There is only Jesus. His sacrifice was powerful enough that there is no “re-crucifying” every time I sin. He knew it all, long before it happened. He knew I would want to quit on Ruth. He knew I would have chosen selfishness if left to my own devices. He knew how often I would fail as a mother. He knew- and yet he still loved me. Still loves me. Though the ugliness of my heart can be hidden, He has always seen it, and still chose me.

I doubt you are struggling with the exact same things I am, but I don’t doubt you’re struggling with something. If you’re reading this and thinking, “Wow, I’m glad I’m not so horrid as to not love an innocent child,” then you’ve missed it. There is no comparison, because we are all ugly. But none of us are so ugly that Christ hasn’t chosen to redeem us. Though some sins may seem new to us, they have always been known to him. He loves us unconditionally.

Your ugliness is not permanent, it is washable. All you need is a little blood from the perfect Lamb. And though a drop would have sufficed, he shed it all, as he saw into our ugly hearts. 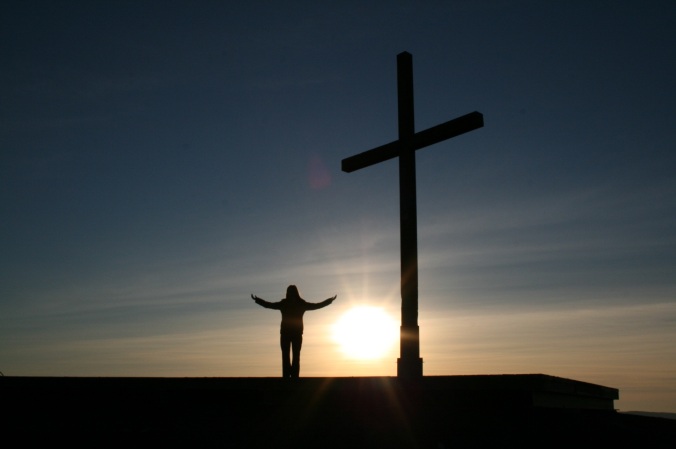 5 thoughts on “When We See Our Ugly”